8 new series in the Coming Up Next section: limitless suspense, delightful comedies and true stories 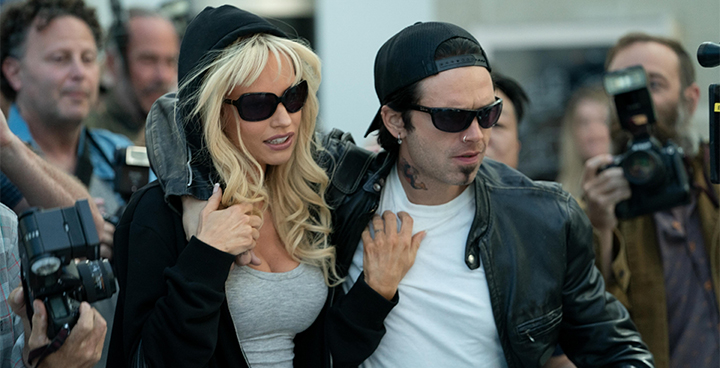 After the success of the first edition, the Coming Up Next section, dedicated to series aficionados, returns this year with eight new titles that have made a splash in Finland, Israel, Norway, Poland, Portugal, Serbia, USA and Sweden. Spectators at the 21st Transilvania International Film Festival (17-26 June) will have the chance to watch the first episodes of the stories that have already won over millions of fans around the world in a setting usually meant for cinema films. Tickets can be bought online at tiff.eventbook.ro.

Nominated for this year's MTV Movie + TV Awards, Pam & Tommy follows the up-and-down love story between Pamela Anderson and Tommy Lee, the drummer of Mötley Crüe, played by Romanian-born superstar Sebastian Stan. It all begins in 1995, when the two marry just 96 hours after meeting. At TIFF, viewers will watch the Romanian premiere of the first two episodes of the series directed by Craig Gillespie, which will later be broadcast on Disney+.

Present in the TIFF 2018 Official Competition with the multi-award-winning The Guilty, director and screenwriter Gustav Möller returns with a powerful story that no suspense lover should miss. A psychological thriller based on true stories, The Dark Heart follows a detective's mission to investigate the suspicious disappearance of an influential landowner shortly after he forbids his daughter to continue her relationship with a farmer's son.

From Poland, a country in Focus at TIFF 2022, the first two episodes of Klangor (d. Lukasz Kosmicki), about the lives of two families in a community alerted by the escape of a prisoner, are screened in Cluj. The series Klangor will be broadcast in its entirety in Romania on Focus Sat TV from 29 August. In Block 27 (d. Momir Milosevic, Milica Tomović), a teenager disappears without a trace from the dangerous neighbourhoods of New Belgrade, and his twin sister, ignored by her bewildered parents and incompetent police, sets out on a rescue mission. Helped by two friends, she soon discovers that there may be a supernatural mystery behind the disappearance. In Bloc27, viewers will also have the opportunity to see actress and director Ivana Mladenović, known for her feature films Soldiers. Story of Ferentari and Ivana the Terrible.

Director Sérgio Graciano, the Emmy award-winning TV series creator, invites binging enthusiasts into the turbulent world of the royal family of Portugal in 1320. The first two episodes of the eight-part series The Queen and the Bastard follow the court intrigues, betrayals and religious wars that threaten everyone's lives.

Maria has a perfect life, and love is not a stranger. For every day of the week, Maria has a different partner, and everything seems to work out fine until she falls in love with Juho, who has just moved to town. He is Mister 8 (r. Teemu Nikki, Jani Pösö), and comedy series aficionados are invited to fall in love with him from the first three episodes.

Actress Henriette Steenstrup plays the lead role in the Norwegian series Pørni, the story of a woman who has a tendency to always put others first, making the wrong decisions for herself. Pørni looks like an ideal mother, but she has a job no one wants. The first three episodes of her story are being premiered in Romania at TIFF.

When you're 20-something, your best friend is like a song you want to listen to over and over again, but only until you're completely sick of it. Sad City Girls (d. Shir Reuven, Talya Lavie) was a hit in Israel and it talks about this kind of relationship, with its very good and very bad moments - a friendship that is equally wonderful and difficult to bear.