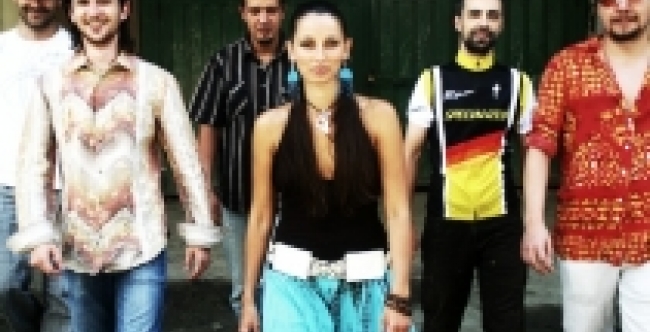 One more day until the start of the second edition of AlternaTIFF Music Festival. Between June 8 -11, at Meeting Point TIFF – the courtyard of the Art Museum and Boiler Club – Fabrica de Pensule, 12 foreign and Romanian bands, together with 5 DJs will animate TIFF nights.

Concert tickets can be bought at every TIFF ticketing point.

This year’s AlternaTIFF event-concert will be held by Gandu Circus, on June 10, at 10.30 pm in Boiler Club. The audience of this year’s most scandalous film, the Indian production Gandu –presented in the Wasted Youth section of the festival, will have the chance to listen to the live performance of the film’s soundtrack, composed by Five Little Indians in collaboration with Gandu the Rapper. The aggressive mixture of sex, drugs, Bengali rap, ska-punk and hardcore will break every Indian convention on film and music. Neel, the guitarist FLI and Gandu the Rapper will hit the public with a real shot of adrenaline in Boiler Club.

On the stage at TIFF Meeting Point, on June 10, at 9.00 p.m., Electric Brother will launch his second solo album – On Earth. Electric Brother has been an omnipresent character on the electronic scene since 1999: he is a music producer, has worked with Matze and DJ Vasile, creating NSK, the songs on his first album have featured on compilations such as Paris Lounge vol. 3, Panorama and Ibiza Fever, he is a member of Aievea band, and together with Vlaicu Golcea he has composed the soundtrack for The Rage (d. Radu Muntean); currently he hosts the show Retroelectro on Radio Guerilla.

AlternaTIFF has in store two unmissable concerts held by Anima Sound System from Hungary and the British band Nedry.

Anima Sound System is one of the first electro bands founded in Eastern Europe. Since its debut in 1994, the band has gone through several changes: from changes of its members to chances of its musical approach: acid-jazz, trip-hop, drum’n bass and ethno-disco. In 2010, the band launched a new album inspired by 80s European electro-dance.

Nedry is a British band founded in 2008. Their sound can hardly be characterized, since the band follows a transgressive path into electro music. Their nonchalant passing through dub-step, post-rock, noise, dubbed in the most experimental manner by the voice of leading singer Ayu, makes the Nedry concert the must-see event of this year’s AlternaTIFF edition.

The second edition of AlternaTIFF is organized by  Indiescouts, TIFF and Boiler Club, and is presented by Burn Studios.