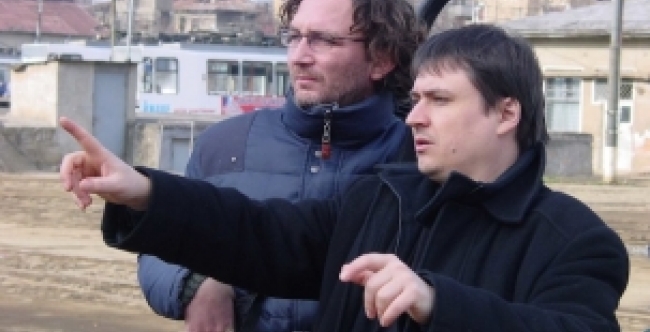 AperiTIFF editorialist David Robinson makes a portrait of cinematographer and producer Oleg Mutu, recipient of the Special Award of the 10th Transilvania IFF

I have been lucky to know a lot of great cinematographers, from Eisenstein’s Andrei Moskvin to Bergman’s Sven Nykvist. Every one, I discovered, shared the self-same dedication to script and director (so long as it was deserved), the same total dictatorship in his own department - and the same determination to stay very far from anything to do with organisation and the production end of things. Hence Oleg Mutu (one of the two recipients of this year’s Special TIFF Awards) is something of a historic exception, in combining the roles of producer and cinematographer.

Looking back, though, the combination has come about as something of a family affair. After a start in television, Mutu’s first film assignments were shorts by Cristian Mungiu and Hanno Höfer, and the three – all former schoolmates – were later to become partners in their own company, Mobra Films, which was to produce 4 MONTHS, 3 WEEKS, 2 DAYS and TALES FROM THE GOLDEN AGE.  Even before Mobra, however, Mutu had already contributed significantly to the explosion of New Romanian Cinema, as cinematographer of Cristi Puiu’s short, CIGARETTES AND COFFEE and the internationally groundbreaking THE DEATH OF MR LAZARESCU.

In recent interviews Mutu has said that the trio were impelled to establish their own production out of dissatisfaction with the status quo. It makes everything go much smoother, he says, even if it is sometimes exhausting to attempt both functions simultaneously.

Mutu is insistent that he aims to avoid imposing a preconceived personal style on his films. Starting with advance study of each script and project, he firmly defines the right style for each individual film before he begins. This is dramatically demonstrated in the very different “look” of the two non-Romanian films showing in this year’s TIFF, both shot by Mutu in the Ukraine, Sergei Loznitsa’s MY JOY and Alexander Mindadze’s INNOCENT SATURDAY.