Day 4 at TIFF 2011: charity screening for The National Art Museum 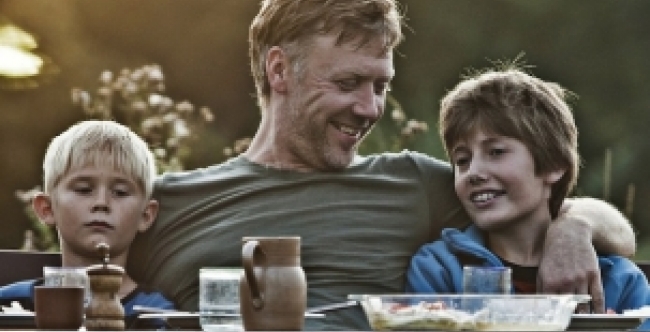 The forth day of the tenth edition of Transilvania International Film Festival offers its public and guests, besides the large number of screenings, an extremely diverse programme of special events.

TIFF continues the now tradional campaign for supporting the Meeting Point home: The National Art Museum in Cluj-Napoca. Thus, the festival resumes the series of charity screenings for one of the town’s most important cultural institutions. In order to raise funds for the museum, TIFF will screen one of the most hyped titles of the year: In a Better World (d. Susanne Bier, Denmark, 2010), winner of the 2011 Academy Award and Golden Globe for Best Foreign Film will run, for the first time in Romania, on Monday, June 6, at 9.00 p.m., in one of the new festival venues: Students’ Culture House. The story of award-winning Danish film traces elements from a refugee camp in Africa to the grey humdrum of everyday life in a Danish provincial town. The lives of two Danish families cross each other, and an extraordinary but risky friendship comes into bud. But loneliness, frailty and sorrow lie in wait. Soon, friendship transforms into a dangerous alliance and a breathtaking pursuit in which life is at stake. Susanne Bier’s new feature film is a drama about the destruction of the idyll and the personal choice between revenge and pacifism. The unique price for tickets for all categories of viewers, including accredited guests of the festival, is 10 RON, and all proceeds from ticket sales will go to the Museum.

Theatre at TIFF, another novelty of the festival’s tenth edition, proceeds on Monday with two original performances, hosted by the Hungarian Theatre. At 8.00 p.m., theatre lovers will be able to see Ich Clown, by Vera Ion and Sorin Poamă. The play has as starting point the authors' personal experience, the moment when they decided to leave Romania. Adi is a young Romanian actor, with no job, money or future plans. After his girlfriend dumps him, Adi decides to do something to change his life. Together with his friends, William and Dragoș, he plans to see Europe, all three dressed as clowns.

The first performance of the event-show of Autobahn, written by Neil LaBute and directed by Mihaela Sîrbu, is scheduled to start at 9.30 p.m., in the parking lot of the Hungarian Theatre. The audience will have the possibility to experiment a completely exceptional theatre show, played every night between June 6 – 10, at the same hour, by 12 actors for 18 viewers in 6 cars roaming around Cluj. More than staging a play, Autobahn is an artistic and socio-cultural experiment, a funny and voyeuristic road movie, accelerated by unsettling dramas and dark comedy moments, as its protagonists characterize it, which dares its audience: What can be more appropriate then to shut yourself in a car in order to force a discussion or to make silence seem tangible? This situation has been widely used in film, but playwright Neil LaBute, features in 2007 in the 3x3 section, is maybe the first one to transform this situation in a theatrical event. At least 15 tickets still available for Autobahn, which can be bought for the price of 70 RON at TIFF ticketing points.

TIFF Meeting Point, in the courtyard of the National Art Museum, will host, on Monday, June 6, at 9.30 p.m., an absolute premiere: Discovery Channel presents ten short-film documentaries about the stories of a few Romania people extraordinary due to their passions, peculiarities and spirit of adventure. The ten protagonists of the documentaries were chosen through the “Anyone can be a hero” campaign, carried out on Discovery’s facebook page. The TIFF audience will be able to vote its favorites on the same page, during June 3 – 11, and the winning story will receive 3,000 EUR.

Continental Hotel, the venue where the public can admire the TIFFashion event-exhibitions – showcasing film and theatre costumes from classic Romanian works, but also Romanian film posters from the Golden Age, is, starting 7.00 p.m., the host of the exhibition opening signed by students at the Art and Design University in Cluj-Napoca. The exhibition includes visual proposals created by students for the promotional merchandise of the festival’s tenth edition, that are featured on T-shirts, pens, coffee mugs and original football gear. All the students’ daring proposals will thus have the chance to meet the festival public.