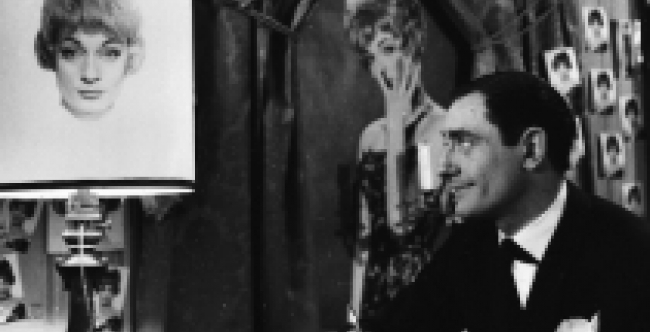 Special screenings, theme parties, unique performances, notable guests. These are just some of the attractions for Tuesday, June 7, at the tenth edition of Transilvania International Film Festival.

Radu Muntean, member of the Official Competition jury, contender for the 2003 Transilvania Trophy with his debut feature, Rage will be present at TIFF Lounge, in Unirii Square, from 5.00 p.m. An old friend of the festival, author of 7 TIFF official spots during 2004 - 2010, Muntean will take part at an informal discussion with the public.

At 8.00 p.m., The Hungarian Theatre will host the forth Theatre at TIFF performance, Roşia Montană – on the physical and political line by Ştefan Peca, Gianina Cărbunariu and Andreea Vălean. Winner of the Best show award at the Romanian Dramaturgy Festival (FDR) in Timișoara, Roşia Montană – on the physical and political line is an extensive discussion on the world we live in, on the subject of morality in contemporary society, on the polarization of this society on one single subject, on the way in which mass-media chooses to reflect (or not) this phenomenon, on poverty, vulnerability and searching for solutions to solve this state of things.

One of the highlights of this year’s edition is the 100% section, a retrospective of film directors’ Lucian Pintilie and Pierre Étaix full body of work. Remastered with the help of Fondation Groupama Gan pour le Cinéma, together with Studio 37 and Pierre Étaix, all five feature films and three short films made by French director and comedian Pierre Étaix will be screened for the first time all in one place at TIFF. Thus, from 6.00 p.m., at Students’ Culture House, together with the short film Happy Birthday / Heureux Anniversaire, the audience will be able to see one of the major films of the French comedian, Le Soupirant / The Suitor (France, 1963), written and directed together with one of the legendary screenwriters of the past century, Jean-Claude Carrière, which tells, with irresistible humor, the story of a kindhearted young Parisian of good family, obsessed by his scientific research, who suddenly gives up studying the stars at his parents' insistence and sets out to find a wife.

One of the most spectacular Transylvanian historic monuments, Banffy Castle in Bonțida, 35 km close to Cluj, will be, for the second consecutive year, the host of an event screening. Odessa in fiamme / Odessa in Flames (r. Carmine Gallone, 1942), one of masterpieces of European cinema during the Second World War, recently re-discovered in the Cinecitta film archives in Rome, will be presented to the public on June 7, at 9.30 p.m. Both the story line and the story of the print, considered until recently lost forever, have attracted the attention of film lovers all around the world. Awarded the Grand Prize at Venice Film Festival in 1942, Odessa in Flames is a Romanian-Italian co-production that presents a painful chapter in WWII history: the Bessarabian refugees drama and the ordeal they suffered under Soviet occupation, after the ultimatum on June 28, 1940, when USSR summoned Romania to give over the territory between Prut and Dniester. The famous opera singer Maria Cebotari, a Romanian star between the two wars, plays the part of a Bessarabian opera singer, living with her son in Chisinau during the Soviet invasion. The boy is taken to Odessa, to be raised as a Bolshevik. In order to save her son, the mother accepts to sing Russian songs in bars, theatres and cafes.

They went down in the history of online Romanian cinema, now they can be met in flesh and blood. RObotzi sent their Creative Monkeyz studio representatives at 9.30 p.m. at TIFF Meeting Point at the marathon screening of all 19 episodes of the beloved Romanian animation series – the first to expand exclusively online. After the screening, the creators of Mo and F.O.C.A - Ramona, Codin, Mihai and Cezar will answer questions from those who want to find out some of the secrets of the most popular robots in Romanian cinema. The evening will end with a RObotzi theme party: Obsession Club, starting 11.00, will host the official launch of the first single on the RObotzi - Best of Greatest Hits Ever album, which will be available this summer.