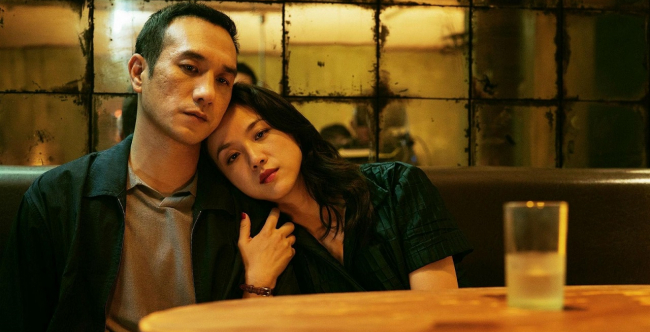 Enigmatic, daring, and spiritually charged, contemporary Chinese cinema comes to the foreground of the 18th edition of the Transilvania International Film Festival, which features an eclectic selection of Chinese titles screened for the first time in Romania — both recent award-winning productions and restored classics.

Among the indisputable highlights is Zhang Yimou’s 2018 Shadow, which premiered in Venice, where the master of Chinese cinema received the Glory to the Filmmaker career award. Just as in Hero and House of the Flying Daggers, Yimou blends a martial arts epic with a period drama about clan rivalries and court intrigue that erupt in breathtaking fight scenes.

The long-awaited Long Day’s Journey into Night, Bi Gan’s second feature, is “like nothing you’ve seen before,’’ says Film Comment. After being included in the Un Certain Regard section of Cannes 2018, the film went on to beat box office records with an immersive story about a life upended by a return to a provincial hometown. The last hour of the film consists of one long take rendered in 3D — a staggering technical and storytelling achievement.

At the border of dream and reality, Jinpa (2018) is a story about revenge and repentance inspired by two novellas: The Slayer by Tsering Norbu and I Ran Over a Sheep by Tibetan director Pema Tseden, who also authored the film. It is road movie shot in Tibet, under extreme conditions, in the middle of winter, at an altitude of over  5,000 meters, about a deceptively simple meeting between between a truck driver and a hitch-hiker whose destinies become inextricably linked along the way. “This is a film about awakening. Once we are awaken, we can step onto the road towards the future,” says Pema Tseden about his sixth feature, which was awarded Best Screenplay in the Orizzonti section in Venice.

Another multiple award winner, An Elephant Sitting Still (2018) is a remarkable debut which unfortunately also doubles as an epitaph for its author, writer Hu Bo, who died shortly after the production ended. The film follows with desolate beauty 24 hours in the life of four characters propelled by bizarre circumstances to set on a transformational journey to a city where an elephant is said to be sitting still, as if ignoring its own existence.

Chinese cinema abounds in social drama — but rarely do these dramas exhibit as much energy and directness as as Baby, in which a father decides to leave his newborn to die instead of subjecting her to an endless series of surgeries with no guarantees of success. Screened in competition at San Sebastian, Liu Jie’s film also follows   the travails of an 18-year-old girl who, having herself been abandoned at birth on account of disability, desperately fights for the life of newborn abandoned by her own father.

A tremendous box office success in Asia, Project Gutenberg is a tribute to Hong Kong action movies and features megastars Aaron Kwok (Port of Call) and Chow Yun-fat (Crouching Tiger, Hidden Dragon). This most recent title from Felix Chong, the screenwriter of the cult trilogy Infernal Affairs, is a thriller with twists and turns and red herrings about a failed painter coopted by forgers to create the perfect hundred-dollar bill.

A return to a childhood home is the inciting incident for the strange events in Ghost in The Mountain, which premiered at the 2017 Berlinale. A surreal slow burn of astounding beauty, Yang Heng’s independent film tells the emotional, nearly wordless story about those left behind in China’s rural communities by aggressive urbanization.

Huang Shuqin’s Soul of a Painter (1994), the biopic of famous painter Pan Yuliang, is one of the surprises of Focus China, and will be presented in a copy impeccably restored by the Shanghai International Film Festival. The story of this fascinating character masterfully brought to life by Gong Li starts in a provincial Chinese brothel and culminates the Parisian art stratosphere at the end of the 20th century.

Wu Yonggang’s silent classic The Goddess won over cinephiles ever since it first screened in 1934. One of the best-known titles of the golden age of Chinese cinema, the film will be presented at TIFF with live accompaniment by celebrated American guitarist Gary Lucas at the Holy Trinity Roman-Catholic church on June 5, 2019. Lucas returns after his highly acclaimed performance of a live score for George Melford’s 1931  Dracula at TIFF in 2010.

On June 6, Jiao Xiang will present a masterclass on the frame-by-frame restoration of The Goddess, a process that took a whole year and was the most difficult among the 2,000 similar undertakings by the China Film Archive, the National Film Archive, and the Confucius Institute of the Babeș-Bolyai University.

Focus China will also include a debate on the history of cinema contacts between China and Romania 1949-2016, starting from a study financed by Chinese National Social Science Fund on the Romanian films from the communist era distributed in China, and looking at the audience success of The Waves of the Danube, Ciprian Porumbescu, and Hot Days. TIFF will also host an exhibition featuring Romanian posters for Chinese films and Chinese posters for Romanian films, press coverage of cinema from the two countries, and a mini-installation of Romanian films dubbed in Mandarin or Cantonese, curated by film critic and Beijing Film Academy researcher Yao Wang, who holds a PhD in Romanian New Wave cinema.