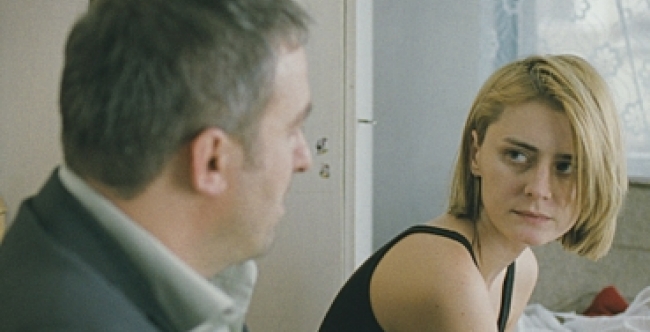 The Romanian Days go on at TIFF on Friday, June 4th, starring five hit features and an irrestible program of short films.

Starting 4 PM, at the Republica Cinema, the Transilvania IFF presents Portrait of the Fighter As A Young Man, Constantin Popescu's first feature, selected in the Forum section of the Berlinale. The film describes the story of a group of brave people, led by Ion Gavrila-Ogoranu, who opposed the Romanian communist regime of the '50s through armed resistence. This is the story of a fight that became a purpose itself, with an ever-watching enemy and arrests usually leading to torture and death.

The same location will host, starting 9 PM, another hit feature in the Romanian Days: Tuesday, After Christmas, by Radu Muntean, another local film reaching Transilvania right after Cannes, where it had the world premiere in the Un Certain Regard competition. Starring Mimi Branescu as a leading actor, the feature tells the story of Paul, a man put in the difficult position of choosing between his wife (Mirela Oprisor) and his mistress (Maria Popistasu). Dragos Bucur and Victor Rebengiuc also appear in this long awaitd fourth feature by Radu Muntean.

Another three Romanian films will be screened on June 4th in Victoria Cinema.

Romanian-Spanish documentary by Julio Soto and Stefan Constantinescu Dacia, My Love, scheduled at 12 30 PM, is a humorous and relaxed portrayal of Romania's evolution from communism to present times, seen through the lights of its most representative symbol – the national automobile Dacia.

Alexandru Maftei's Hello! How are you?, tells the story of a husband and wife who, after 20 years of marriage, have lost the passion of their early days. Each one of them meets a stranger online and they fall in love – not knowing that they have in fact found each other.

Francesca by Bobby Paunescu is another highlight of recent Romanian film, depicting a young institutor (Monica Barladeanu) whose dream is to leave the country, in search of a better life. The plan is that her boyfriend, Mita, should join her in Italy as soon as he finishes a small business he’s involved in. Things take an unfortunate turn, painful truths come to light and priorities change. The film will be screened in presence of director Bobby Paunescu, actors Monica Barladeanu and Dorian Boguta, director Bobby Paunescu and the film crew at 7 15 PM at Victoria Cinema.

The Romanian Days are presented by Mediafax and co-organized by the Romanian Cultural Institute.