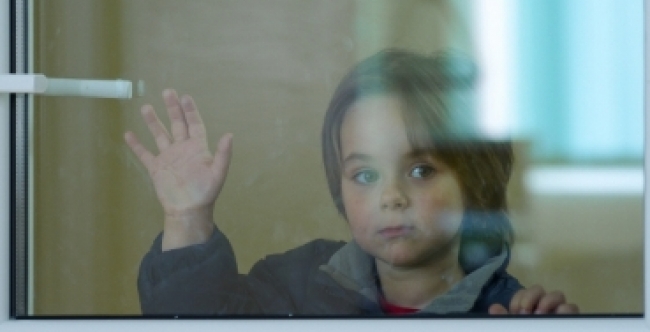 The European Film Awards is a prestigious annual event organized by the European Film Academy and meant to celebrate the best European films of the year. The 17 trophies are handed over during a ceremony and the winners are decided based on the vote of the 2700 members of the Academy, filmmakers from all over Europe.

"I am very happy and I almost can't believe it. This film had been a constant source immense satisfactions and surprises ever since I was shooting it in Cluj and the thought of getting so far with it was not even crossing my mind. My pride and joy as a Cluj person is huge: this is a film made almost entirely by and with Cluj people, both Romanians and Hungarians, all wonderful people. This award is theirs, but it especially for the writer Doru Lupeanu, the wonder child Aaron Serban and the unique actor that is Bogdan Zsolt", said Tudor Giurgiu.

Superman, Spiderman or Batman tells the story of Aron, a 5 year old boy who, together with his father, goes on a journey at the end of which, similarly to his BD heroes, he hopes to save his mother who has a serious heart condition.

Superman, Spiderman or Batman's honors list includes the Aspen Shortfest 2012 trophy – the most celebrated short film festival in the US – and the Valladolid, Munich and Manhattan Shorts awards.

Starting December 12, the short film will open a series of special screenings of the feature film Of Snails and Men, scheduled all over the country. Additional info about the screenings schedule will be available soon.

Superman, Spiderman of Batman is a Libra Film production co-financed by the Romanian CNC and Zenith Media with the support of Digital Cube.