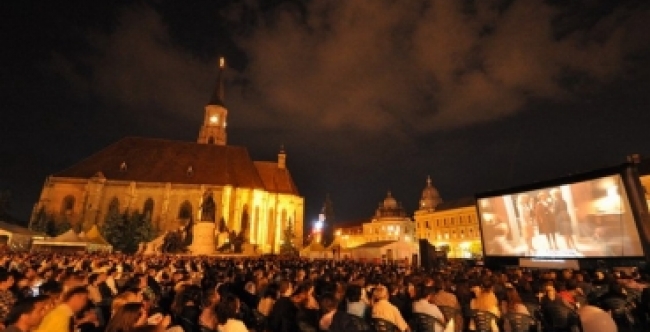 Over 220 films from 45 de ţări, screenings and special events (theatre performances, exhibitions, concerts, DVD and book launches) in over 30 venues in Cluj and outside of Cluj, 1228 accredited guests and press, foreign and Romanian, a team of 300 professionals from all over the country and from abroad, helped by 400 volunteers.

In terms of „audience”, there were 60,248 sold tickets, plus the 4,882 viewers at Mănăştur Open Air, the public at the free screenings at the National Art Museum Gallery and TIFF Meeting Point (1,554), but also the accredited guests of the festival, who had access to screenings based on a 0 value ticket. In conclusion, the total number of admissions to films and festival events can be apporximated at around 70,000, with a daily traffic between 20,000 and 25,000 people at the key venues of the festival (Unirii Square, Cinema Florin Piersic, TIFF Meeting Point, Odeon Cineplex – Polus Center, Mănăştur Open Air).

Between June 1-12, the official website, www.tiff.ro, had 112,542 visits from 110 countries and territories, 55% more than in 2010, with an average visit length of 5 minutes each, while the festival’s video platform, www.tifftv.ro - 10,000 visits, in its first year of existence. The festival’s Facebook page has over 17,400 likes, placing TIFF on the 3rd spot in the top of the most popular Romanian events on Facebook, at less than a year and a half since it joined the popular social network.