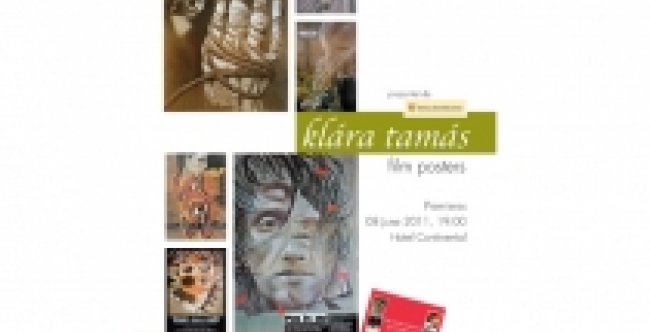 On June 8, TIFF becomes the ideal destination for those in search of high quality films, impressive exhibitions and sensational concerts that go on all night long.

Starting 4.30 p.m., the audience is invited at VIP Lounge at Unirii Square at the opening of the photo exhibition: 10 Directors, 10 years of French-Language Belgian Cinema, the 2000’s.

The diversity of genres, from comedies, thrillers, dramas to animations made between 2000 and 2010, is the characteristic that seems to best define contemporary French-language Belgian cinema. Although of different genres and styles, all productions are singular due to the impact they exert on the audience.

The exhibit presents all these aspects of French-language Belgian cinema, as varied as it is fascinating. After the opening, the exhibit will move to TIFF Meeting Point, where it can be admired until June 12.

From 7.00 p.m., Hotel Continental will host the exhibit Romanian Film Posters by Klára Tamás, which brings to the attention of the festival public a novel perspective on several Romanian classic movies. An impressive collection of posters made for local productions that were distributed in Romania and abroad throughout the Golden Age.

In addition, Christopher Landry’s much talked about album, The Silver Screen in the Golden Age. Romanian Film Posters between 1965 and 1989, will also be official launched in Cluj-Napoca during the opening on June 8.

The second edition of the Competition dedicated to local artists has reached its conclusion. From 8.30 p.m., during the Award Ceremony at Fabrica de Pensule, both the winner of the Grand Prize, and of the Special Mention offered by Fabrica de Pensule will be announced. The audience will also be able to watch a selection of the films made in Cluj, all contenders for this year’s Trophy worth 1500 Eur.

From 5.00 p.m. Arta Cinema will host a shattering documentary directed by Nicolae Mărgineanu: The Unmasking. The first film on the period when 600 Romanian students where sent to be re-educated at Pitești prison between 1949 and 1951.

The second edition of AlternaTIFF also starts on June 8. From 9.00 p.m., Jedam, a band coming from a region rich in cultural influences, elegantly combining local tradition with folk, rock and acid-jazz elements, will turn on the show at TIFF Meeting Point.

At 10.30 p.m., AlternaTIFF brings to Boiler Club the Anima Sound System band, one of the most famous South-Electro electro bands.