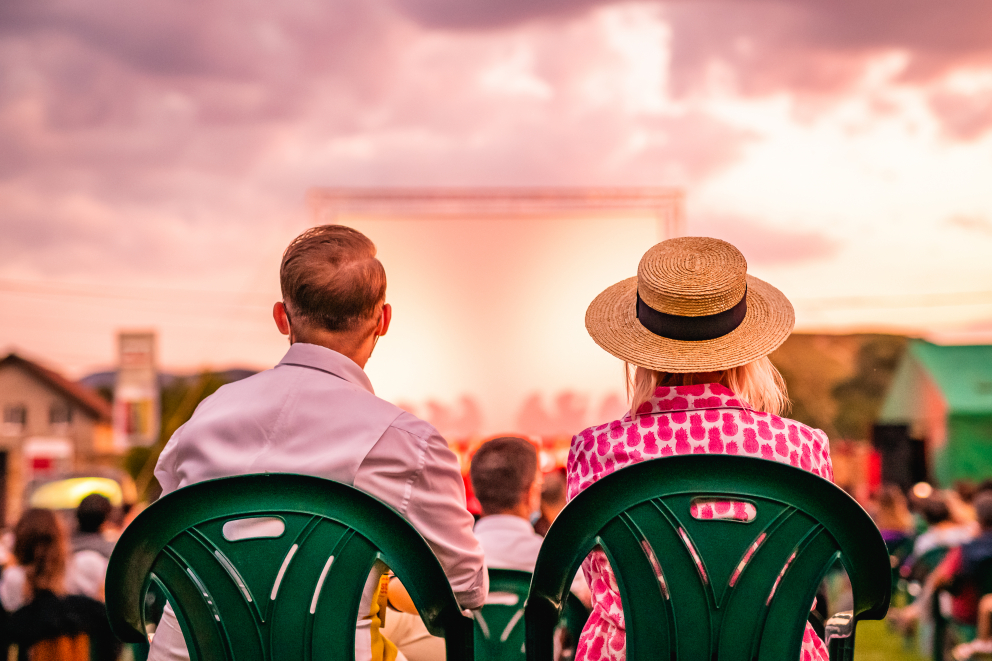 The 19th edition of the Transilvania International Film Festival, the first major film festival to take place in the region in this period ended on Sunday, August 9, with two sold-out screenings of the French comedy Delete History (r. Benoît Delépine, Gustave Kervern). Even in conditions of increased safety, and organized exclusively outdoors, the largest film event in Romania attracted, between July 31 and August 9, a number of 45,000 participants. For ten days, film lovers watched 157 films, from 49 countries, presented late into the night in 232 screenings (from around 400 in 2019), in 14 partner locations in Cluj-Napoca.

More than 50 events were sold out, with the opening film La Belle Époque by Nicolas Bedos on top of the list, with more than 1000 sold tickets for the three parallel screenings. The occupancy rate remained high - 61% compared to 63 % last year. According to the rules in place in Romania, the maximum number of participants aloud per event is 500. The entire festival was organized according to social distancing regulations and taking all relevant safety precautions, setting an example for similar large events.

“It was a simple but at the same time complicated edition; stressful, but ultimately comforting; what seemed complicated at first was simplified throughout the festival; what seemed absurd, gained relative normalcy. It was an ambivalent edition, a special edition. Personally, I wish we wouldn’t have to go through this again, but I'm the type who always looks at the bright side of things,” says Artistic Director Mihai Chirilov.

The best films and filmmakers of this year’s edition were rewarded Saturday, August 8, at the awards gala, which took place outdoors, in Cluj-Napoca’s Unirii Square for the first time in the festival’s history. Shannon Murphy’s debut film Babyteeth, starring Eliza Scanlen won the Transilvania Trophy “for the joy of life told through the experience of our passage beyond”. The Audience Award voted on by TIFF ticket-holders, also went the same film as the jury award: Babyteeth. Both awards were picked up by the films Romanian distributors, Bad Unicorn.