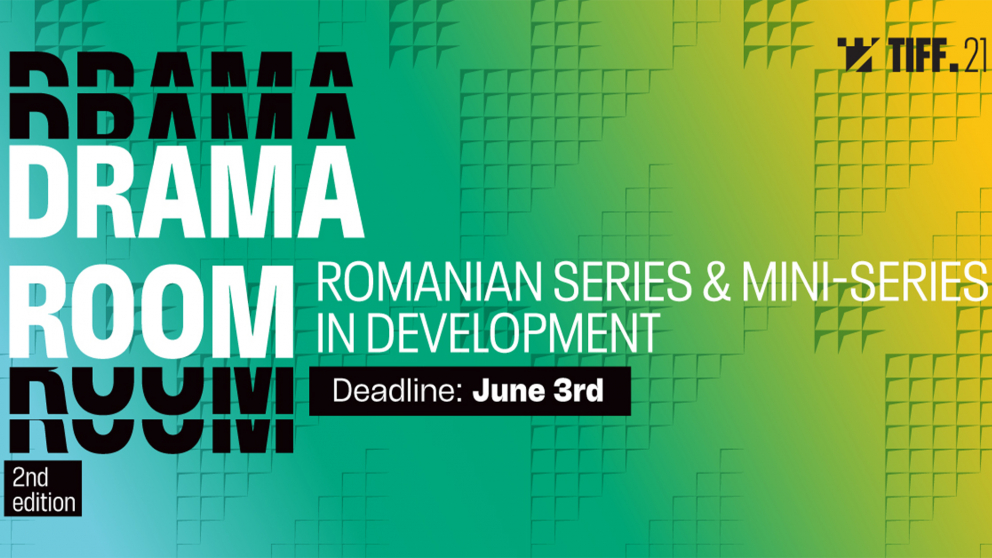 Romanian screenwriters and producers who have a series or mini-series project in development are expected to enter their projects in the Drama Room program, at the Transilvania International Film Festival (June 17 - 26, 2022). The second edition of Drama Room is organized in partnership with Netflix Romania, and the deadline for registration is June 3.

Drama Room is designed to help creators develop their series production skills and understand the dynamics of the international market. The 3-day program will take place during the festival and will consist of panels led by top experts in the film industry, including from Netflix, as well as applied feedback sessions. 5 projects will be selected.

The full program rules can be found here.

The main tutor of Drama Room 2022 will be the film producer Eilon Ratzkovsky. With a career spanning more than 25 years, Ratzkovsky has produced feature films and TV series in Israel and around the world. For the past two years, he has been a tutor for TorinoFilmLab and the Biennale College Cinema. He is the head of QUIDDITY, a content company specializing in the development of high quality TV dramas for European networks and head of studies for TFL Extended.

The names of all the experts who will meet with the Romanian directors in Cluj-Napoca, as well as the complete Drama Room program, will be announced soon.

Movies anytime and anywhere in Romania, on TIFF Unlimited: unlimited.tiff.ro.