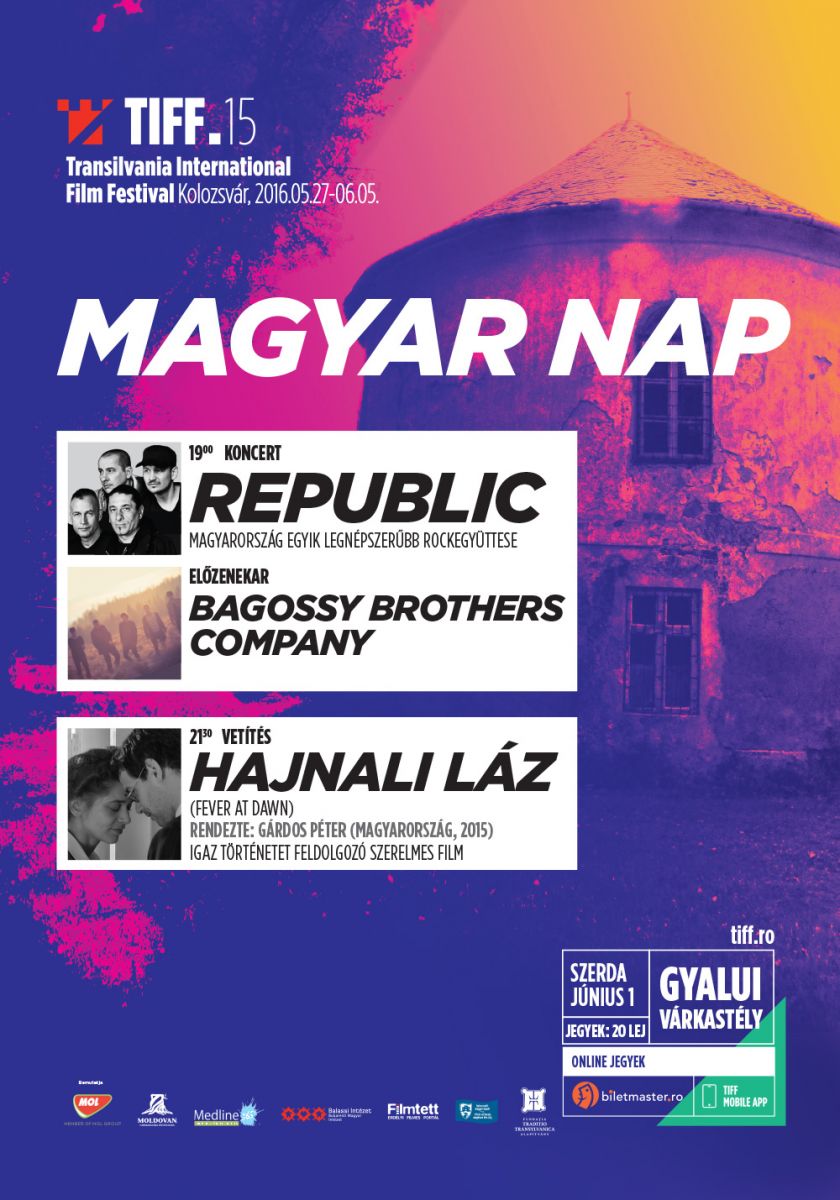 Come enjoy an unforgettable evening at Gilău Castle, with music and a good film!

Gilau Castle is the new spectacular location in Transilvania IFF’s program, where the traditional Hungarian Day will be celebrated with a concert of renowned Hungarian rock band Republic and the Bagossy Brothers Company in the opening, and the screening of Fever at Dawn (d. Péter Gárdos), Wednesday, June 1, starting from 7 p.m.

Located in the middle of a natural park covering 15 acres, with a direct view at the Gilau Mountains, the castle was built on a former medieval fortress, which was originally surrounding the roman city Napoca. The castle, built in a Renaissance style, has two levels, 30 rooms and an interior courtyard. It was for a long period the home of transilvanian priests during the 16th century, and the king of Poland’s daughter, princess Isabella Zapolya’s favorite place.

Based on a true story, set in the Swedish rehabilitation camps during the autumn and winter of 1945, the film centers on a love born in the strangest of circumstances between two long-suffering survivors of the Holocaust. Their love overcomes all obstacles in its path including death when it eventually comes.