Until the end of the world

Until the end of the world (Germany, France, Australia) 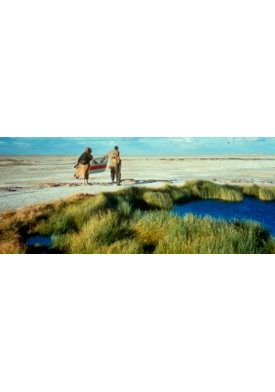 Until The End of the World is an odyssey for the modern age. As with Homer's Odyssey, the purpose of the journey is to restore sight - a spiritual reconciliation between an obsessed father and a deserted son. Dr. Farber, in trying to find a cure for his wife's blindness, has created a device that allows the user to send images directly to the brain, enabling the blind to see. The creation and operation of such a machine is in stark contrast to a deteriorating global situation, where the continued existence of mankind is under threat from a nuclear powered satellite that is falling toward earth.

Official Program - Until the end of the world