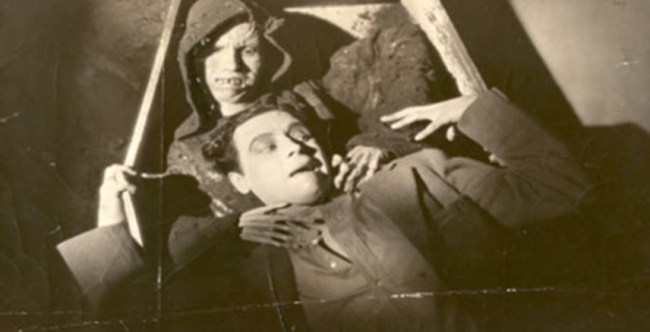 Midnight Delirium, curated by Columbia University Professor and former Program Director for the Film Society of Lincoln Center Richard Peña, presents Latin American horror films screened in TIFF at midnight. Jose Mojica Marins’s At Midnight I Will Take Your Soul is the cult Brazilian horror which first introduced the iconic character of Coffin Joe. Vampires in Havana, a Cuban animation which is a film critic favorite, parodies the vampire horror genre, while the captivating Cronos, Guillermo del Toro’s 1994 debut, is an unorthodox tale about the allure of immortality.

In 36 Steps, a black comedy and social satire by Argentine director Adrián García Bogliano, horror motifs blend with a critical discourse about female oppression. Jorge Michel Grau’s We Are What We Are, a tale about a family of cannibals, is an indirect take on social and psychic anomalies plaguing Mexico. Juan of the Dead, a zombie comedy in the style of Shaun of the Dead, takes on life during the Castro regime in Cuba and simultaneously proposes a way to revive the Cuban film industry. The film will be screened on Wednesday, June 1, at the Film Warehouse, and will be followed by a horror themed party with a vampire-zombie dresscode. The entrance is free,

Finally, the 1934 El Fantasma del Convento, the first horror talkie in Mexico, brings to TIFF a classic cast of characters of the golden era of genre movies — ghosts, monks, and mummies — in a surreal atmosphere.