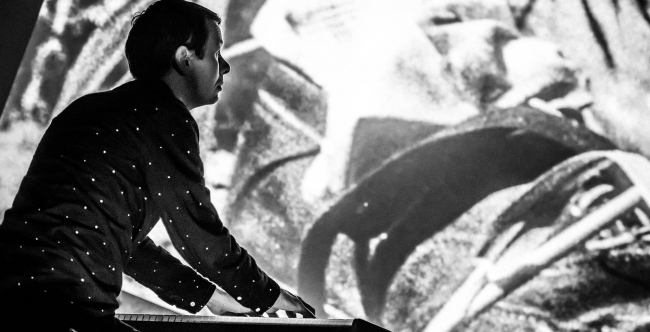 Electronic rhythms, ambient sound, and indie-pop experiments blend together in the music of the Icelandic group MÚM. Their projects have been around the world, mesmerizing audiences with their hypnotic sounds, which transcend conventional genres. Saturday, July 24, at 9:45 PM, in the spectacular decor of the Bánffy Castle in Bonțida the band will perform live alongside the masterpiece of German silent cinema Menschen am Sonntag / People on Sunday (1930).

A few years before making it big in Hollywood, a group of German filmmakers, including future Noir masters Robert Siodmak and Edgar G. Ulmer and future Oscar-winners Billy Wilder and  Fred Zinnemann, set up a unique collaboration, an experiment which became a true box office success. Straddling the border between fiction and documentary, Menschen am Sonntag follows a group of Berliners enjoying a summer day. Marlene Dietrich songs used to supplant the sound in most screenings, but TIFF will offer a new, updated experience with MÚM’s original music.

Following logistical issues involving the travel of the Asian Dub Foundation group from the United Kingdom to Romania and back, the screening of La Haine on July 24, at 9:45 PM at the Bánffy Castle in Bonțida was cancelled. MÚM plays Menschen am Sonntag is TIFF’s proposal for a replacement — an event which itself has travelled around major festivals. Tickets already purchased are still valid. Should you wish to return the tickets for La Haine, you can receive 3 vouchers for 3 other films in the festival.

Thank you for your understanding