Free Concerts at the Art Museum at TIFF 2020 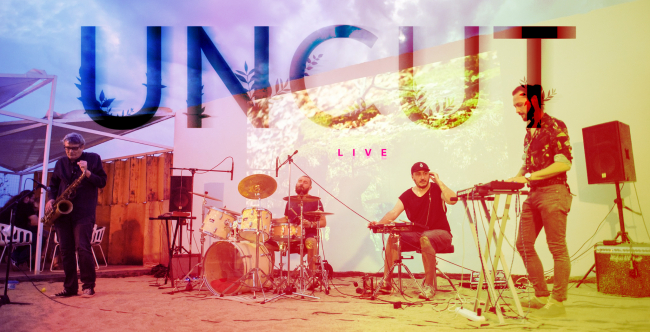 Young bands animate the evenings at the 2020 Transilvania International Film Festival, in a series of concerts open to all who want to discover new names and artists, and two documentaries recall the days when summer music festivals were a major destination.

An original musical project, UNCUT Live began from a collaboration between artist Cătălin Rulea with Greenpeace Romania and Isobar Romania. UNCUT archives sounds of the forest and offers them to musicians and artists around the world to remix them in their work and include nature sounds in versions of popular pieces. It will be present at TIFF on Friday, August 7, at 8 PM.

Vița de Vie în corzi Live @ Awake is a recording of a special presentation of the 2018 Awake Festival, where Viţa de Vie played with the Târgu Mureş State Philharmonic conducted by Remus Grama. It will be shown on Tuesday, August 4, at 6:30 PM.

A concert for no one and everyone. F̶E̶S̶T̶I̶V̶A̶L̶ (NO FESTIVAL) is the documentation of an intimate experience which works as a metaphor for an entire industry affected bow by the COVID-19 pandemic. This documentary signed by the Electric Castle Festival brings together three beloved Romanian band in a show with no audience organized at the Banffy castle in Bonțida. It will be shown on Friday, August 7, at 6 PM.

Free admission based on a zero-value ticket that can be acquired online at tiff.eventbook.ro.