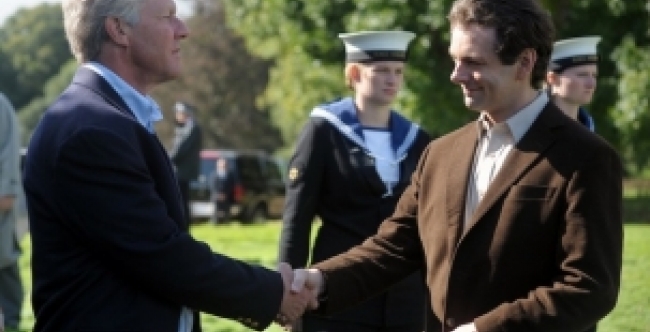 You Don't Know Jack is a biopic about Jack Kevorkian (Al Pacino), the doctor who shocked the entire world by openly provoking the right to die debate. He launches his crusade to provide what he considers to be a humane and dignified option for the terminally ill - assisted suicide. Kevorkian begins offering his "death counseling" services to a grateful and burgeoning clientele, which brings him in the attention of the county prosecutor's office. Provocative, obstinate and complex, Jack ultimately risks it all in his fervor to change the prevailing laws and challenge society's attitude towards the right to die.

Another must-see HBO Day feature is The Special Relationship. In 1992, Labour leader Tony Blair goes to America and is impressed by the policies of President Clinton, which he uses to reshape his party. Two years later he sees Clinton again and the president predicts that he will be Britain's next Prime Minister. Thus begins the 'special relationship' between the two, which will start to sour a few years later. The cast is made up of big names from international cinema, like Dennis Quaid, Michael Sheen and Adam Godley.

The access for the two HBO productions is free, but viewers are required to pick up a zero value ticket from any TIFF ticketing point.

In addition to the two extraordinary screenigs, HBO has set in store a surprise for the audience in Cluj: the documentary The World According to Ion B., directed by Alexander Nanau, will be launched on DVD at TIFF Meeting Point, at 4.30. p.m. Produced by  HBO Romania and Alexander Nanau Productions, the film follows, for one year, the life Ion Barladeanu, an anonymous tramp on the streets of Bucharest, who becomes an important and popular contemporary artist. The documentary was broadcasted for the first time on HBO on December 17, 2009, won the Art Programming category at the 38th edition of the Emmy International Awards, received the 2010 Gopo Award for Best Documentary and has been to over 30 film festivals so far, where it won several awards.

The DVD, featuring the documentary, trailers and a photo gallery, will by distributed by Independenţa Film and it will be available for sale in Cărtureşti and Humanitas bookstores, as well as on www.mediacentrix.ro.

On June 11, the winners of the National Screenwriting Competition organized by HBO Romania in partnership with Transilvania IFF will be announced during the Closing Ceremony of the tenth edition of Transilvania International Film Festival. This year, there were 106 submissions for feature film category, 195 for short film and 15 for documentary.

At Transilvania IFF, HBO Romania presents the No limit and What’s Up, Doc? sections. HBO presence at TIFF is complemented by Cinemax, who offers the 3x3 section.