Larger than Life: 10 Exceptional Destinies, in a New TIFF Section 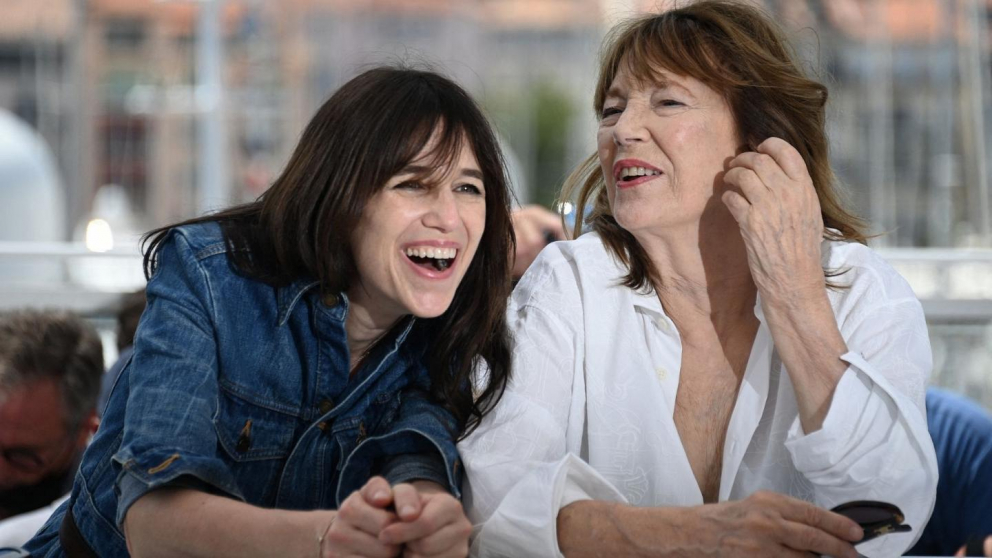 Larger than Life, the new thematic section of the TIFF programme, brings to the big screens in Cluj-Napoca a series of 10 remarkable stories, selected by journalist and writer Ana Maria Sandu. Personalities of genius, exceptional destinies and names that turned the course of history, the characters that inspired the creators of these 10 documentaries will remind you that nothing is impossible.

As the title of the section suggests, Larger than Life includes ten portrait-films dedicated to exceptional “larger than life” destinies. These are not just ordinary people with special hobbies (like the fascinating character in O, Collecting Eggs Despite the Times), but more importantly, unquestionable personalities from art, politics, sport and science: actor Dean Martin (Dean Martin: King of Cool), actress and singer Jane Birkin (filmed by her daughter Charlotte Gainsbourg in Jane by Charlotte), hot Italian director Joe D'Amato (Inferno rosso: Joe d’Amato on the Road of Excess), provocative painter Albert Oehlen (played by actor Ben Becker in a hybrid documentary about the nature of art, authenticity and the creative process), Leonard Cohen (Hallelujah: Leonard Cohen, a Journey, a Song, a biographical documentary built around the legendary hit), writer Patricia Highsmith (Loving Highsmith), tennis player Arthur Ashe (whose sporting achievements were matched by a resonant career as a human rights activist in Citizen Ashe), the volcano-crazed couple in Fire of Love and, last but not least, Nicolae Ceaușescu himself, in a unique experiment (Nicolae) about the dictator's return to present-day Romania as a hologram.'', underlines Mihai Chirilov, TIFF Artistic Director

Passionate scientist couple Katia and Maurice Krafft met their end when a volcano erupted. Together, they set out to discover the secrets of all volcanoes, travelling the world and filming them as close as possible. Here's their story, which won the Jonathan Oppenheim Editing Award at this year's Sundance Film Festival.

Famous for his outstanding career in sports (leading the Wimbledon, US Open and Australian Open, and being the first black player selected to represent the US in the Davis Cup), Arthur Ashe should also be celebrated for his activism, dedicated not only to the rights of the black community in the US, but to all oppressed citizens of the world. Here's his story.

Opening the event is a surprise: the preview of a short film about an exceptional player: Ilie Nastase, with him in attendance: Nasty (dir. Tudor Giurgiu, 2022, work in progress).

Albert Oehlen, one of today's leading painters, categorically refuses to take part in the general masquerade in the art world. We see him gradually conquering the complicated process that begins with a blank canvas and ends with the final stroke. But what's real or authentic here?

In this documentary, Charlotte Gainsbourg looks at her mother, the famous Jane Birkin, to see her as she has never seen her before. With the help of the camera, the two expose each other and take a step back to allow room for their relationship to develop. Film presented at Cannes and San Sebastian.

Hallelujah, Leonard Cohen's global superhit, was initially rejected by the record company. The documentary traces the history of the song and the context in which it was created, featuring a wealth of never-before-seen archival footage.

Romania, village of Rahău. Residents face the return of Nicolae Ceaușescu as a hologram.

From the golden, translucent eggs of the Tibetan bearded vulture to the mottled Pollock-like eggs of the British guillemot, German ornithologist Max Schönwetter (1874-1961) collected them all. He devoted his life to oology, the study of bird eggs, and this documentary explores his achievements and challenges in life.

Based on Patricia Highsmith's personal writings and the testimonies of her family members and former partners, the documentary reveals new aspects of the life and work of the acclaimed novelist who explored themes of love and how it decisively influences our identity.

Dean Martin was undoubtedly a genius and dominated pop culture for several decades. A master of improvisation, a master of elegance, a movie star and a gripping voice of the last century. Here's an investigative portrait of this under-appreciated genius, the unrivalled “King of Cool”.