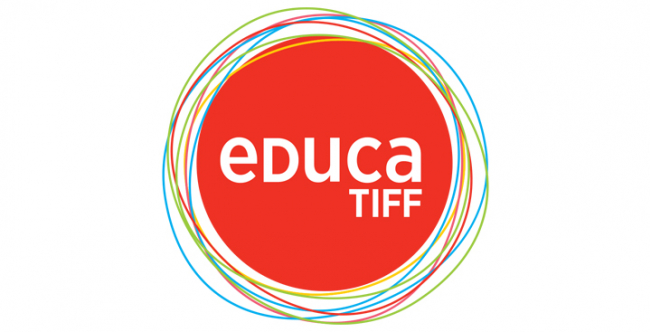 EducaTIFF premiered in 2009 with the aim to light the passion of young and very young people for the great magic machinery called cinema, and to influence the first important steps towards a consistent school curriculum for media literacy in Romania. Nowadays, most people live under constant and often violent media exposure, and the younger in age, the more vulnerable they are to its influence.  Films for young and very young people target an audience with enormous emotional and cultural needs.

Film education stimulates learning and critical understanding, and encourages debates about films and the issues and emotions they provoke. As well, through film education, children and young people become able to use film as a support for their own creativity, while the film industry is challenged to respect their voices.

By developing EducaTIFF, TIFF is committed to foster a literate children and teenagers cinema audience in Romania, and has firmly enlisted alongside other similar European projects.

EducaTIFF schedules a series of screenings which rely on an educational platform designed for schools in Cluj County, through which  teachers get connected to lesson plans development resources (trainings, film screenings, after-screening lectures & debates in cinema, educational materials based on films). The films are programmed for specific student age groups and raised out of a strong film, and media literacy, in general, international educational good practice.

„We live in an age when to be literate means to be as familiar with images on a screen as with text on a page and to be as confident with a camera or a keyboard as with a pen. Literacy in the moving image has become an integral part of a wider literacy for the twenty-first century; children and young people need both to participate fully in Society”.  (Film: 21st Century Literacy, A strategy for film education across the UK, 2008, by British Film Institute, UK Film Council, Film Club, Film Education, First Light & Skillset)

EducaTIFF – the media & literacy programme for young audiences of Transilvania International Film Festival (TIFF), was highly appreciated in 2010 by prestigious director and producer Wim Wenders, president of European Film Academy and winner of TIFF Lifetime Achievement Award, handed annually by the Festival to an outstanding personality of the European cinema.

As another acknowledgement of its merits in media & film literacy, EducaTIFF was officially selected, in the summer of 2011, to participate at the annually seminar Europa Cinemas' Young Audience during the 25th Il Cinema Ritrovato Festival, in Bologna. The Seminar is an unique training & networking intensive programme in the field of cinema programmes for young audiences. The 2011 edition was focused on "Competing for attention & success. Educating through creativity.", it was conducted by film historian Ian Christie (Vice-President of Europa Cinemas and professor in London), and run by Madeleine Probst (Watershed Media Centre, Bristol) and Simon Ward (Independent Cinema Office, London).

The recognition it achieved from Europa Cinemas network was followed by EducaTIFF most important award up to date: The Best Educational Project in Romania, awarded at Education Awards Gala, 2011 edition, Bucharest.

EducaTIFF has been the first relevant programme to bring films for children and teenagers in Romanian cinemas, while filling in the lack of lesson plans resources for Romanian teachers by providing proper educational materials based on these films.

The Programme is based on the strong need of including media & film literacy competences in the national education system, these direction being one of European Commission's current priorities.